Planetshakers? I do not even know any of the band members. I am familiar of a few of their songs though.However, I came to their concert not to watch them, but to worship God through their music. And I was not disappointed.

I witnessed thousands of people sung on top of their voices as they worship Jesus. I felt like I was home. During the concert, I was thinking, “is this a taste of what heaven would feel like?” Worshiping Jesus like it was just “me and Him”, with a bunch of believers whom, I assume, feels the same way.

No matter how it appeared to anyone (e.g.the part of the concert that kind of “pointed at the band”, but I could not care less and I cannot judge their hearts), Planetshakers  did not fail on their part because someone (that’s me) got out of the concert area touched by God and completely amazed not by how good they play their music, but by how powerful and wonderful Jesus is.It was just “me and My Savior” over there.

There were songs that I could relate much, because those songs express exactly what I want to tell Jesus: He is more than beautiful. I want Him to take control of everything. I surrender. I give Him my heart. I feel ashamed for those times I do not give Him my best. I long to be with Him. I long to see Him. I long to worship Him. I hunger for more of Him.  I am all His. I was just singing on top of my voice with a soft payer, begging Him to not make me leave the place with an unchanged heart. He just set my heart on fire. And I wish every second felt that way—not distracted, eyes on Jesus, and a heart increasingly craving for more of Him! Whew!

I left the place very edified. and with this in mind: A person who does not worship Jesus, undoubtedly, never had even a glimpse of who He is. . . . . .

“For unto us a Child is born, Unto us a Son is given; And the government will be upon His shoulder. And His name will be called Wonderful, Counselor, Mighty God, Everlasting Father, Prince of Peace” -Isaiah 9:6

“I am the Alpha and the Omega, the Beginning and the End,” says the Lord, “who is and who was and who is to come, the Almighty.” -Revelation 1:8

. . .because even ONE TRUTH about Him leads someone who truly understands, long for more. 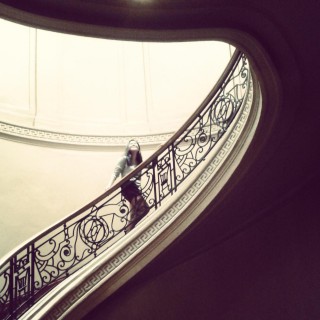